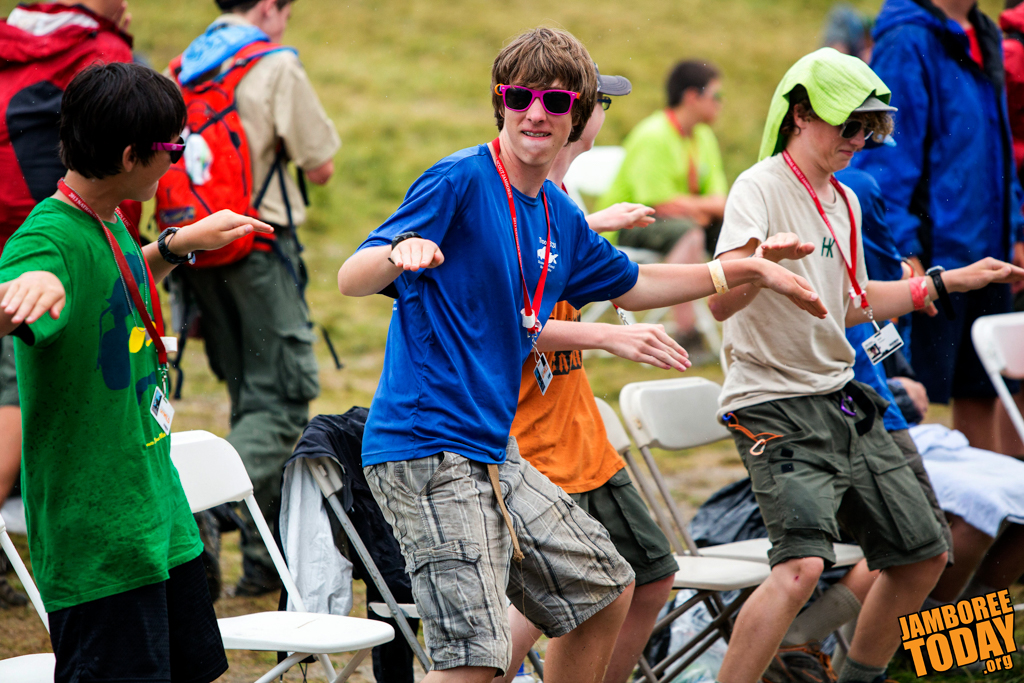 Scouts and Venturers party in the rain as the band First Class entertains the audience during Jambopalooza. BSA photo by Shane Noem.

Jambopalooza, just starting at AT&T Stadium, is "a mixture of fun events and activities," says Stadium Experience Director Bruce Haverly. A whole new set of events happening at the stadium and all Scouts and Venturers are invited.

The Jambopalooza is one of the largest events at the 2013 National Scout Jamboree, and is a new event never seen at a previous jamboree.

There will be many different games, activities and performers for Scouts and Venturers to enjoy. Activities include disc golf, human chess and tug of war, among others.

Beyond the activities, there will be music and performances featuring both Scouts and professionals. Entertainment will range from a kazoo band to African djembe drums. There will also be jet ski races to watch as the West Virginia 249th guard band.  The Class A band will play while the Order of the Arrow dancers perform.  Sarah Centeno, who entertained the crowds at the stadium show yesterday, will also appear.

Participants will build the largest human fleur-de-lis and be able to compete on the longest pinewood derby track, too.