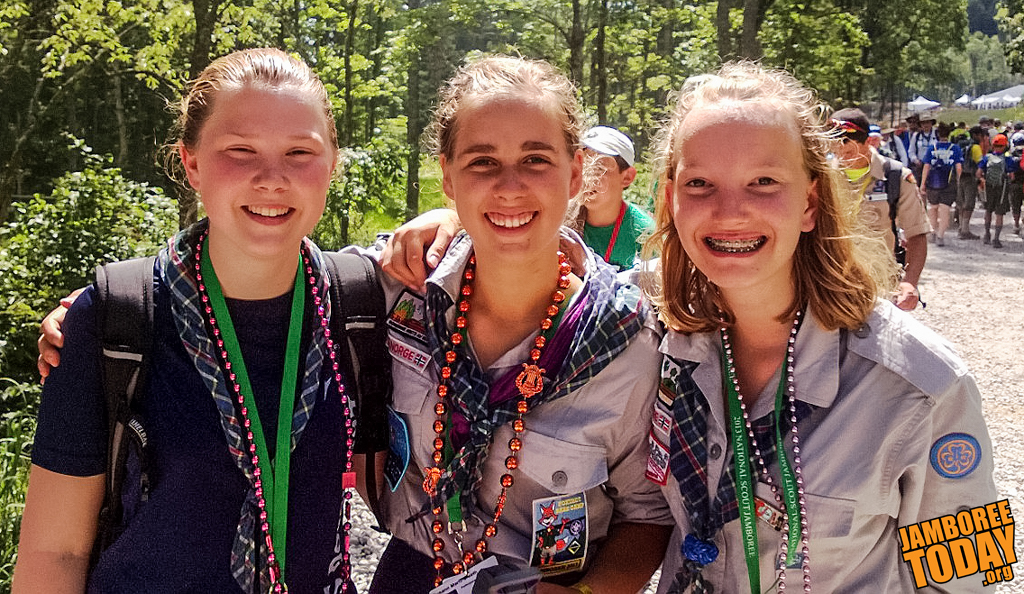 Norwegian Scouts Marte Krestiansen, Susann Sørseth, and Christina Bjørseth think the jamboree is cool even though the weather is hot. Photo by Graham Webb.

She and her friends are especially interested in the zip line "and climbing," she says.

Why did these Scouts want to come to the first jamboree at the Summit Bechtel Reserve?

"It's the United States," Krestiansen says. A fair reply after thousands of U.S. Scouts visited her corner of the world at the 2011 World Scout Jamboree in neighboring Sweden.

"It's cool," Krestiansen said of her visit to this nation, "and hot," as her comments inevitably turned to comparing West Virginia's weather to the relatively cool weather of her homeland.