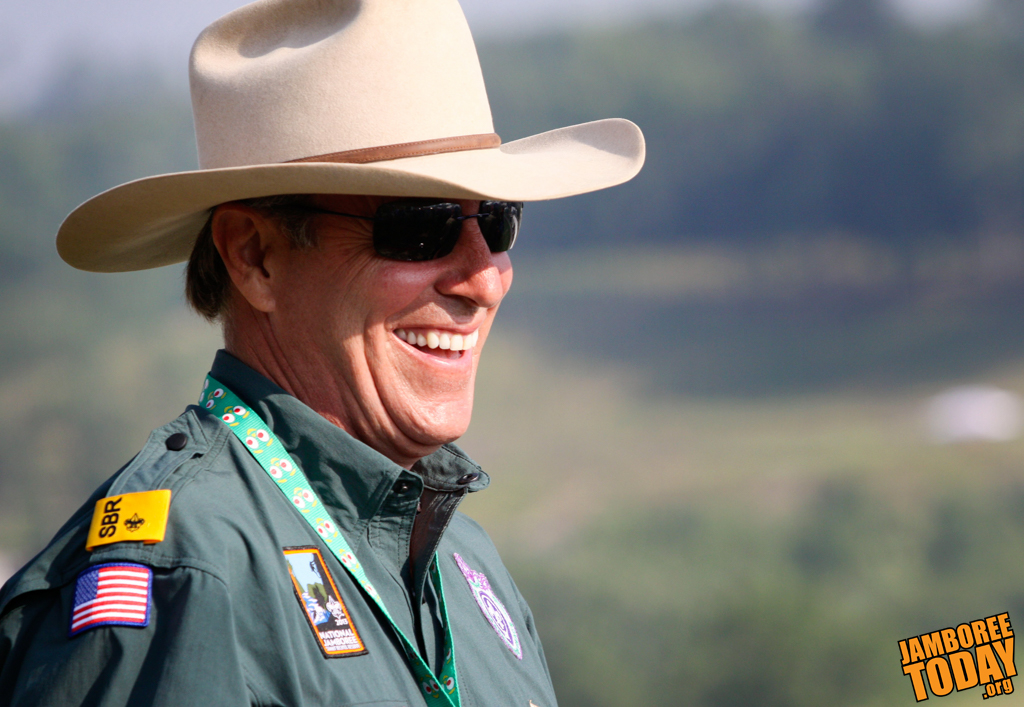 Jack Furst: A Force Behind the Adventure

Not long ago, the Summit Bechtel Reserve was little more than an abandoned coal mine and sawmill — and lots of pristine wilderness. No grand lakes, no canopy tours and no shooting ranges. Certainly no Scouts or Venturers.

This is the life-long Scouter is the person who oversaw this property's metamorphosis into a site for a Boy Scouts of America high adventure base that would host both national and world jamborees.

Furst told Jamboree Today that he belonged to a troop in Paoli, Pa., known as known as Paoli 1. Founded in 1911, Paoli 1 claims it is one of the oldest troops in the United States and that it is the oldest "continuously active" troop in the nation. Furst says the trioop has bestowed the Eagle rank on more than 300 young men in its history.

"I was number 187," he says, adding that he earned the BSA's top youth award in 1973 before going on to be an adult volunteer, serving most notably as president of the Dallas-based Circle Ten Council.

Paoli 1, says Furst, was a "high adventure, high-cadence" troop. He brought that attitude, along with his youth experience as a summer camp staff member and canoe guide, to his work developing the Summit.

His vision extends far beyond the 2013 National Scout Jamboree to the future of the property as it hosts the Paul R. Christen National High Adventure Base.

"Just to give you a sense of scale, [Sub Camps A and B] during jamboree house about 20,000 folks," says Furst.

"There'll be about 2,500" there each week during the Summit's high adventure programs, which start in the summer of 2014.

That's "about ten percent of the jamboree volume," says Furst. "It will give our customer the opportunity to be more intimate with the Summit Bechtel Reserve."

"During the day they'll be out at these fantastic program areas, increasing their skill sets and having blast," Furst says. Scouts and Venturers can enjoy any of the four major areas:

Furst's motivation doesn't come solely from his own Scouting experience. His 16-yer-old son is a Life Scout and he also has a 13-year-old daughter.

"It's my hope she'll become a Venturer," he says. As a Venturer, she'd could to enjoy the Summit's high adventure programs which Furst says will feature a "seven-day high cadence," just like the Paoli 1 adventures he took in at her age.

"Outta be spectacular," he says.

Mike DiSocio and Daniel M. Reck contributed to this report.