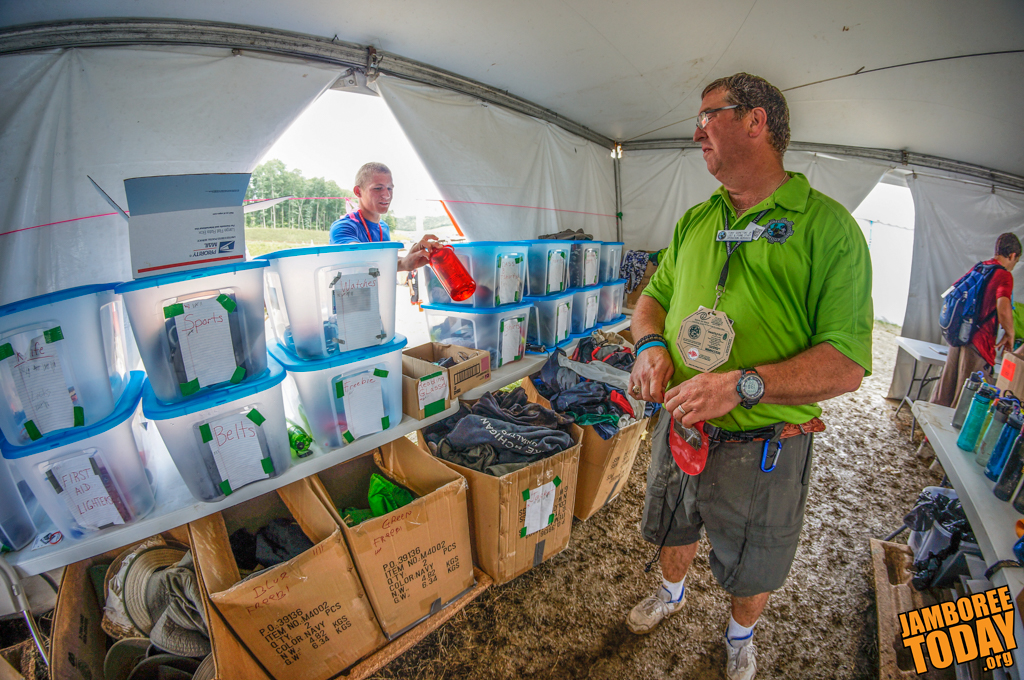 Tony Goretski, Jr., and his team are ready to return participants' lost and found items. Photo by Reed Skylingstad.

Time is running out for Scouts and Venturers who lost jackets, cell phones, cameras, or other belongings during their adventure at the 2013 National Scout Jamboree.

"Lost and found will close today at 8:30 p.m.," says Rob Jeffs, chairman of media experience, in a statement issued Monday. Those who lost something and "want to claim an item [should] go to Sub Camp D-1, Jamboree Headquarters, near the three flag poles."

"After they close today, high value items such as phones and cameras may be claimed by contacting the national office for as long as six months following jamboree," says Jeffs. "Low value items will be donated to charitable organizations within a short time."

For further information about lost and found at the Summit Bechtel Reserve, please contact 818-800-2276.