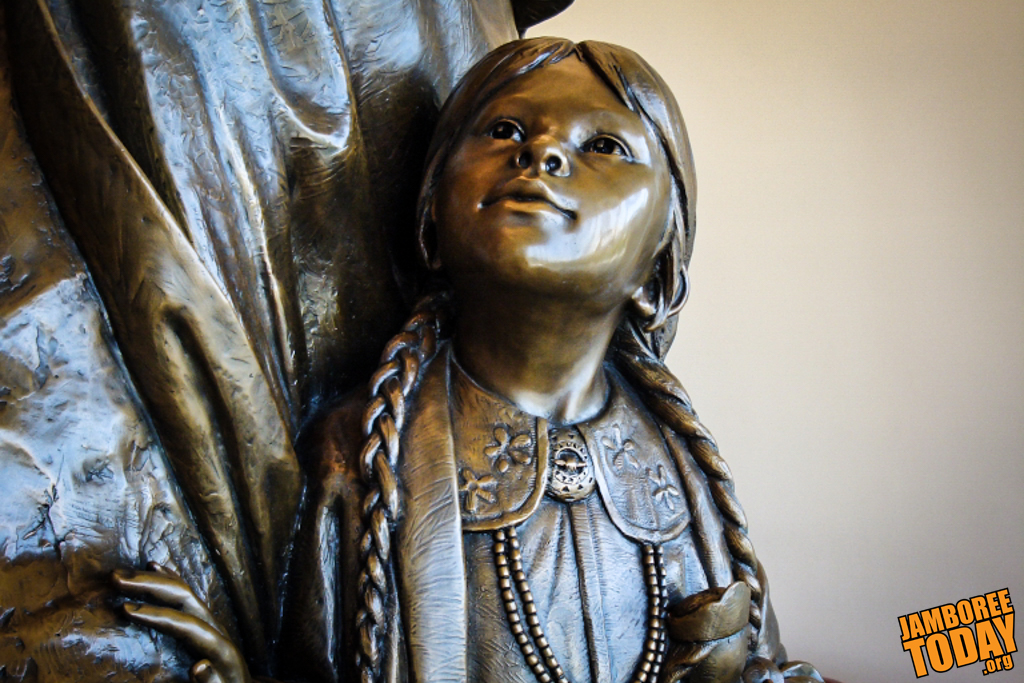 The National Museum of the American Indian offers guests historic and modern insights into the cultures and lives of North America's indigenous peoples. CC photo by Kelli Whitman.

Any Scout or Scouter elected by his peers to the Order of the Arrow — the BSA's honor society — understands the mystery and richness of the culture that America's native peoples offer, says Kevin Gover, a Pawnee, who is director of the National Museum of the American Indian in Washington, D.C.

"The long-held idea that the Americas were a largely un-peopled wilderness before European contact has been upended," he says. "This museum has contributed to the broader understanding of our ancestors as philosophers, physicians, inventors, scientists, engineers and great thinkers"

"The museum's objective has always been to build a place that would enable the world to explore the past, present and future through the perspective of Native peoples," Gover says. "We keep moving forward to realize that vision."

The $199 million museum, which opened in 2004, is a destination that Scouts and Venturers sometimes visit when touring the national capital before and after the quadrennial national jamborees.

Unlike some older brick facilities, the museum has a striking chestnut exterior that looks like stratified stone carved from the elements. Surrounding the building is a small wetland and visitors walk among 40 large rocks and boulders called grandfather rocks.

Inside the museum, a wall of video screens greet visitors in 150 Native American languages, conveying the presence and diversity of the peoples indigenous to this continent. A few more steps inside the cavernous room, Scouts and Venturers can find Native American canoes on display. In addition to the exhibits, the museum has two theaters: the Lelawi Theater, a 120-seat room that shows a 13-minute multimedia experience titled "Who We Are," and introduces visitors to the museum.

The museum's signature film, "A Thousand Roads," is screened daily in the facility's Rasmuson Theater. Museum hours are 10 a.m. to 5:30 p.m. daily; admission is free. The museum is on the National Mall at 4th Street and Independence Avenue. The nearest Metro station is L'Enfant Plaza. Group tours can be arranged.

Scouts and Venturers planning to attend the Summit Bechtel Reserve's summer programs in 2014, or coming to the 2017 National Scout Jamboree, may wish to consider touring Washtingon, D.C., on their way to or from West Virginia.