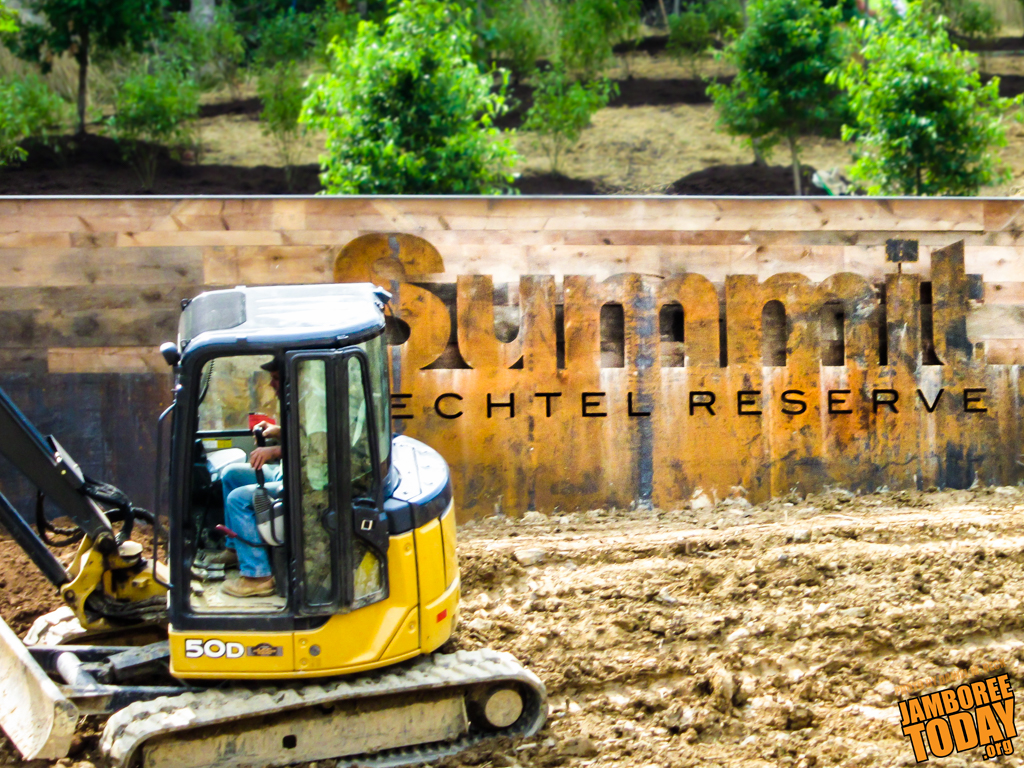 As the Sunday deadline looms at the Summit Bechtel Reserve in advance of the 2013 National Scout Jamboree, construction crews are hard at work putting the finishing touches on projects all over the site. Most major construction projects are complete and no construction is scheduled during the jamboree.

As long as final materials arrive on time, Bradley and other workers expect construction of walkways and stairs around the Summit should be complete in time for participant arrival.

Nearby at the visitor center at the Scott Summit Center, construction is far from completion. Approximately 25 men are working to complete the porches, "which will be used for vendors" during the jamboree, says Allen Carr, a Swope Construction Co. superintendent. However, Swope has completed construction on all bathhouses at the Summit, which are already in use by jamboree staff.

The rest of the visitor center is on schedule to be finished in December.

"It's been a real good project, which was coordinated real well," says Carr.

Other major construction projects are already complete. The Consol Energy Bridge connecting base camps A and B to Action Point opened to the public July 12, with only minor grating work left to do, says foreman Brandon Wills.

"It's ahead of schedule; there might be a little touch up work left to do," says Wills.

Exhibit staff member Courina Hughes, a Venturing Silver Awardee, says the construction work hasn't been quite on schedule at Journey through Scouting exhibit in Summit Center. Their muddy tent area waited several days for gravel to be deposited before they could begin setting up their display, says Hughes.

"If we get the materials, we can get it done," says John Mckee, another construction worker from Fredeking Stafford company.