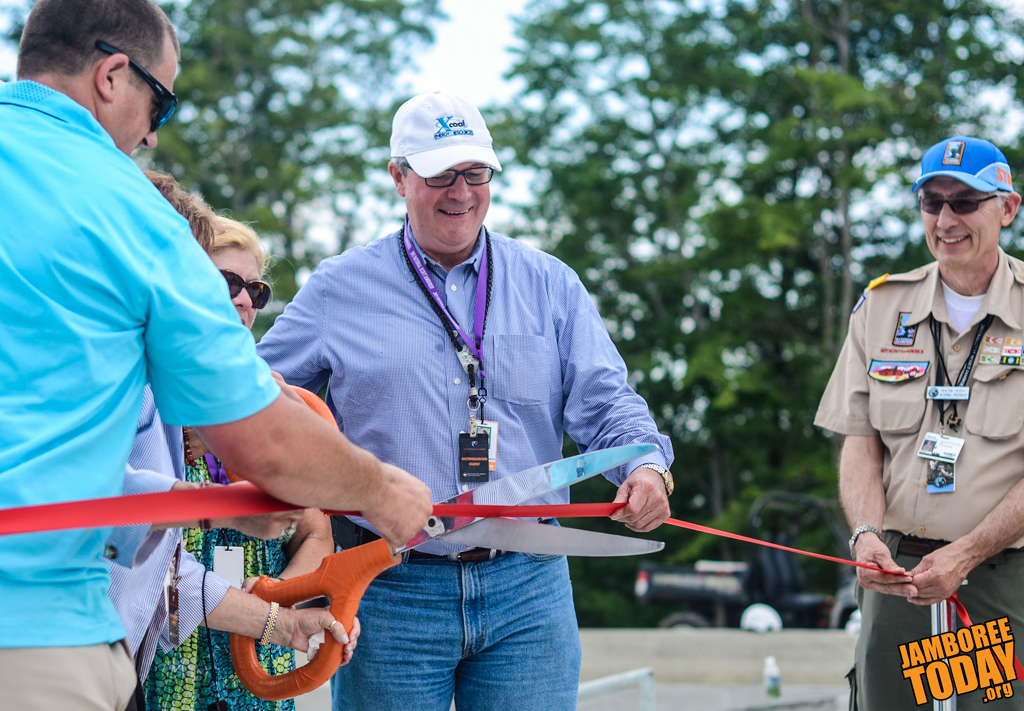 "Everyone has a smile and at the end of the day... that's what it's all about," said major skatepark donor Ernie Thrasher, who "was so inspired [by the Summit Bechtel Reserve] that I decided to support the youth of Scouting."

The Park was officially dedicated at a ribbon-cutting ceremony earlier this week, with Scouts and Venturers who couldn't wait ready to enjoy its slopes and ramps. The special event was attended by major leaders responsible for it's design and installation.

"When I can hear and see young people using this park ... it's truly rewarding to me," says skatepark designer Aaron Spohn, founder of Spohn Ranch. 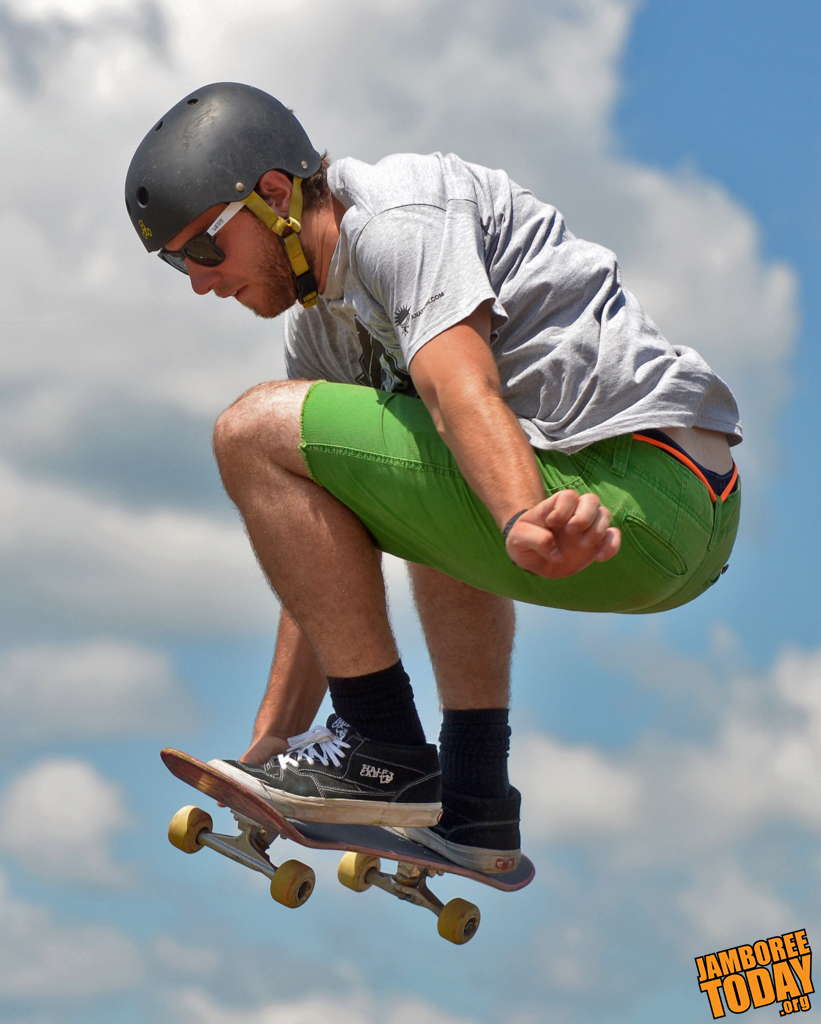 At the dedication ceremony, Boy Scouts of America National President Wayne Perry joined Thrasher and his wife as well as Consol Energy CEO J. Brett Harvey in cutting the ribbon. The Park's ramps, bowls and rails then immediately tested out by several Extreme Sports staff members followed soon by jamboree participants. The group of skaters then presented Thrasher with a commemorative flag and skateboard.

One of the skaters, Eagle Scout Julien DeAngelas of Rehoboth Beach, Del., expressed the joy he feels when teaching Scouts how to board.

"You see them smile when they drop in and get it," he says.

Perry, whose vision for the Summit was to push the envelope, emphasized that he wants Scouts to be excited and challenged by the skatepark, which he says is "the best in the world."

He acknowledged that there is inherent danger in skateboarding, but noted that the Park's staff members work to ensure the best safety and medical services at the facility.

"I just went to Venice Beach, but that park was just medium compared to this. It's insane," says DeAngelas.

"There's not enough adjectives to describe it," says Trasher, which was echoed by National Venturing Vice President Sarah Mittrucker, of Cape Girardeau, Mo., who is also a key member of the Park's staff team.

"Being able to help adults and youth experience this place is incredible," said Mittrucker, a Venturing Silver Award recipient.