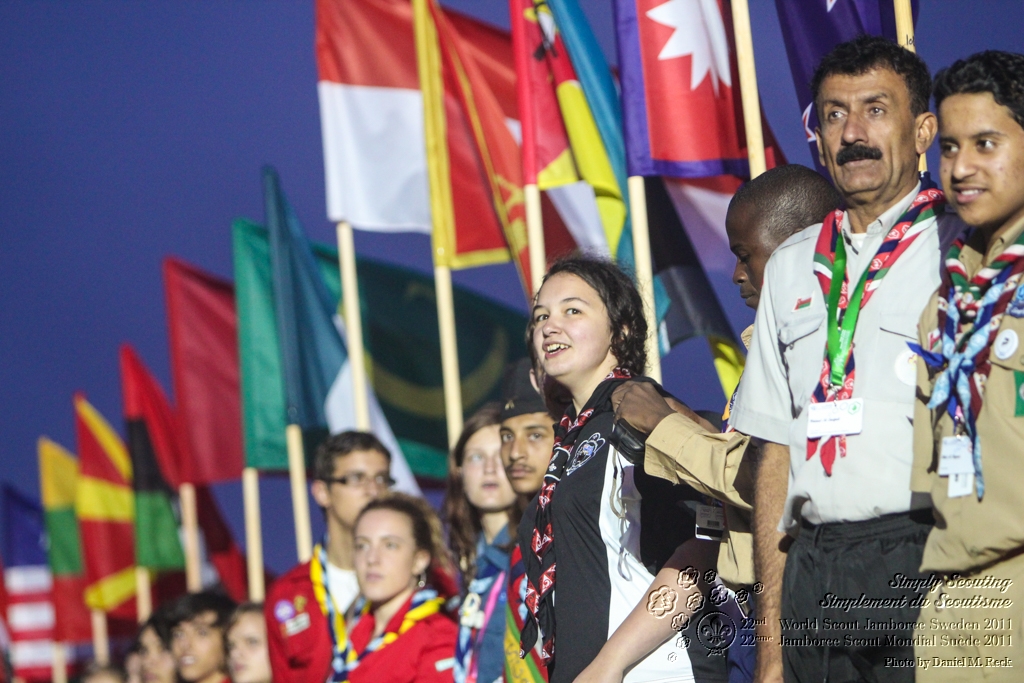 Scouts from around the world represent their nations at the 2011 World Scout Jamboree in Sweden. Over 200 nations participate in the World Organization of the Scouting Movement. Photo by Daniel M. Reck.

Contributions collected for the World Friendship Fund at the 2013 National Scout Jamboree exceeded $25,000, which will be used to benefit Scouting around the globe.

Imagine Scouts or Venturers in your council without a summer camp to attend. It's a situation hard to imagine.

That was reality in the African nation of Madagascar before the World Friendship Fund stepped in to help create the country's first camp and environmental center.

During Thursday's breakfast at the 2013 National Scout Jamboree, participants and staff members are invited continue support of international Scouting and disaster relief by donating to the fund, says Joshua Dick, coordinator of the World Friendship Fund. He works in International Hosting at the jamboree.

Through the fund, donations from Scouts, Venturers, alumni and leaders are used for cooperative projects that help Scouting associations around the world.

The fund has raised more than $11 million since its creation shortly after World War II. In that time, the fund has supported or purchased:

Collection sacks with the international Scouting logo will be distributed to Scoutmasters on Wednesday so that donations can be collected Thursday.

American currency is preferred, Dick said, but the fund will accept coins, checks made out to the BSA and foreign currency. Jamboree staff members may drop donations into blue buckets in the Base Camp E dining facility during breakfast Thursday.

Funds will be collected across the Summit and tallied, Dick says. The final count announced before the jamboree ends.

By contributing, he says Scouts and Venturers can be a part of worldwide Scouting "in a personal way." Any contribution will be appreciated.

In addition to the approximately 30,000 Scouts and Venturers from the United States participating at the jamboree, Dick says 329 international Scouts from 21 countries are attending this jamboree. They are housed in Base Camp F.