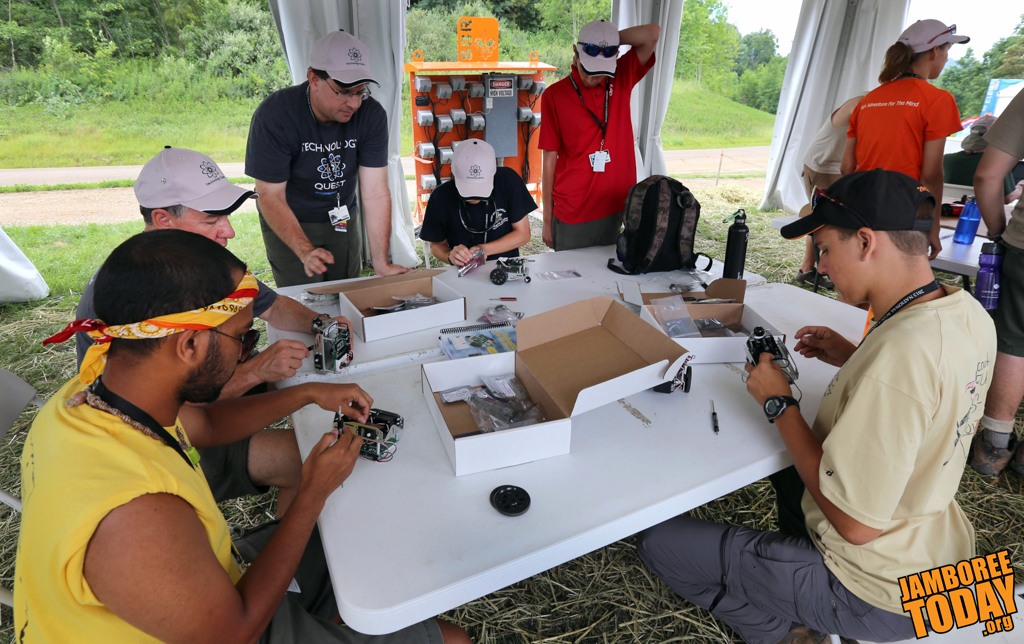 Technology Quest Rises to Top at the Cloud

"Technology is evolving, and becoming more and more important, says Danny Womack, a volunteer with Groundspeak. "The Cloud [activity area] shows off lots of that tech."

The 2013 National Scout Jamboree is showcasing new products not yet released to the public, a simulated crime scene investigation set up by the state of West Virginia, multiple exhibits by NASA and several geocaching courses. All are presented to Scouts and Venturers at the Cloud, which is located atop the Mountain, down the road from the Park. The area is also known as Technology Quest. 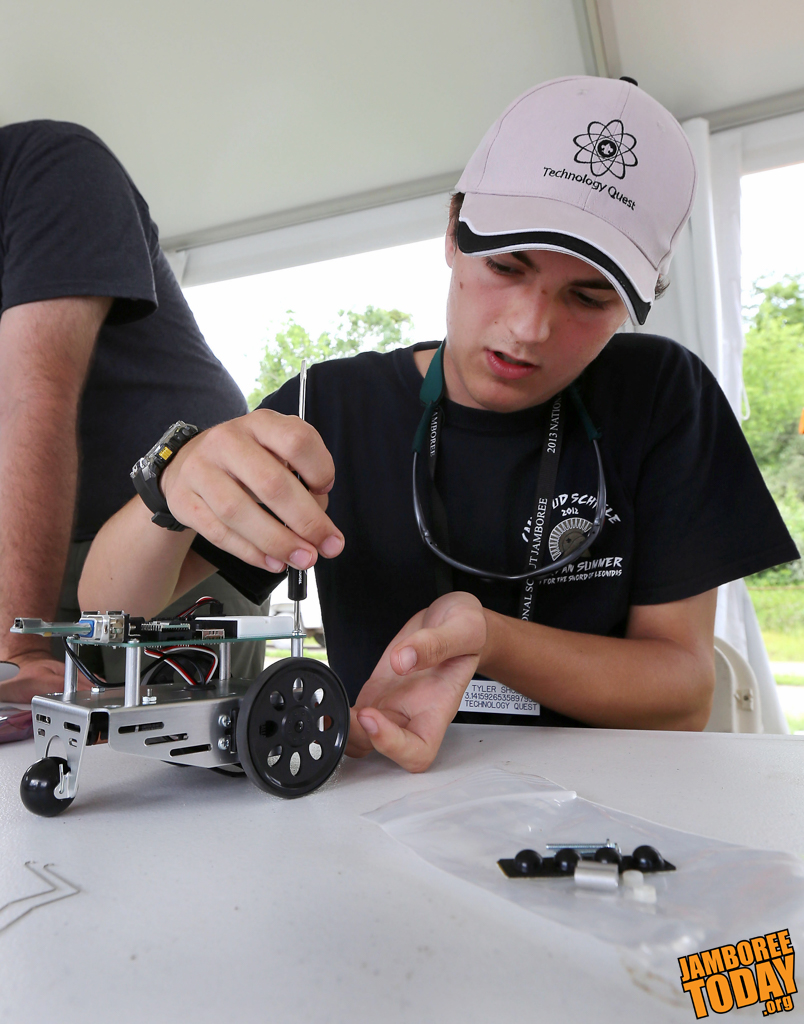 "The BSA is really more than just doing stuff outside," says Womack. They are are leveraging technology for use outdoors and in.

"I think this is going to be a lot of fun for everybody," says Dr. Mary Stevens, staff leader at the Cloud. "Technology captures the imagination; it's the way of the future. The whole thing is really cool."

Stevens says the entire Technology Quest area is "a culmination of a vision," beginning with an idea and coming to life with over two years of work and with a lot of help from her crew.

"Anyone's idea can come to fruition with work," says Stevens. "Lots and lots of work, believe me. But it's possible."

Editor's note: Today is Andy's final day here at the Summit working for Jamboree Today. We appreciate his dedication to bringing you the news you can use during the 2013 National Scout Jamboree.