Scouts at the 2011 World Scout Jamboree give a try at "ice" skating in shorts and t-shirts, with the temperature over 25°C (80°F). The "ice" is really a plastic surface lubricated with silicone, but the skates are standard issue. Scouts hike to their next activity. The jamboree site is organized into four "towns" named after the seasons and is spread out on Swedish pastureland. 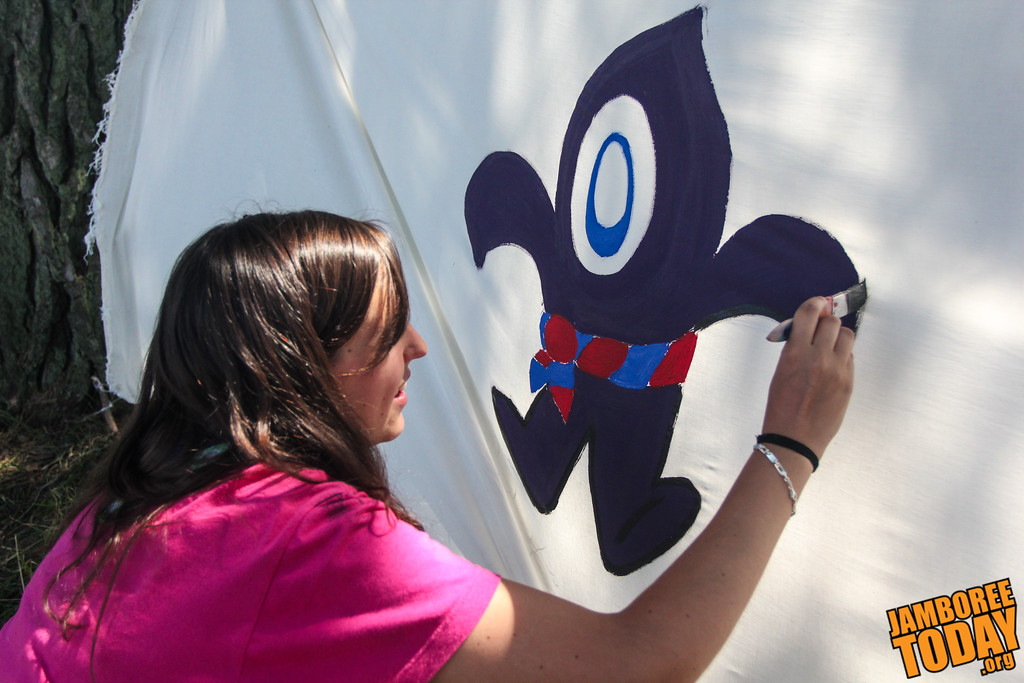 Originating from nearly every nation on Earth, the jamboree participants converse in many languages. Sara does not speak English, but she patiently let me interview her in my (very poor) Spanish. We should say that Sara es una artista, turning the traditional Scouting fleur-de-lis into a dancing character on her canvas. ¡Gracias, Sara! 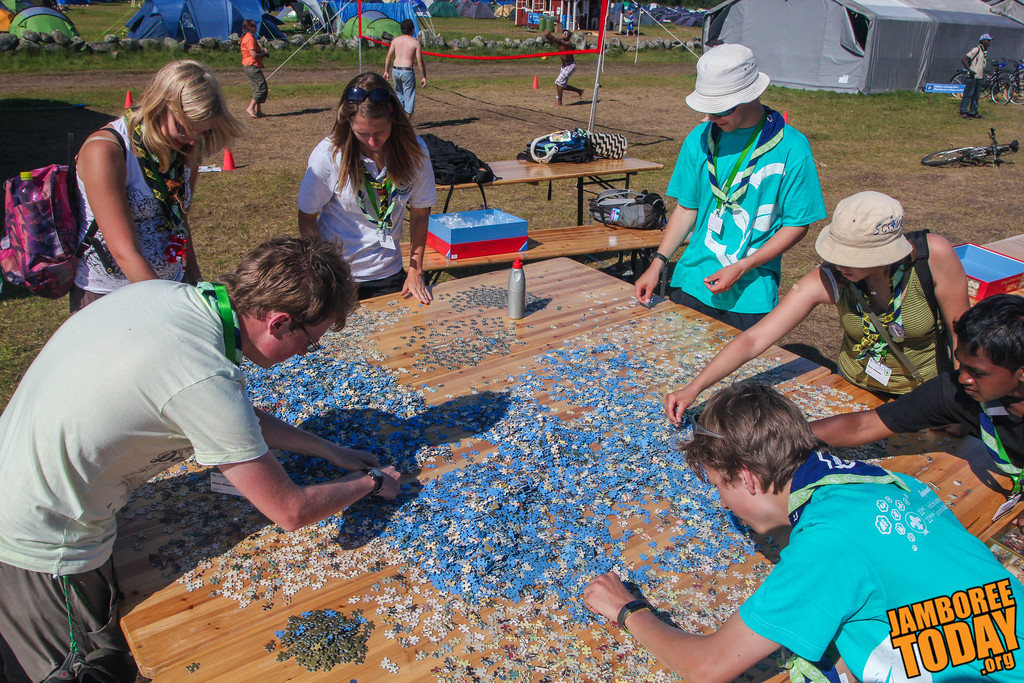 "If every Scout at the jamboree assembles two pieces," one Scout observed, "we'd be done!"

Scouts return from the Camp-in-Camp program. Each jamboree troop had the opportunity to camp at one of several regular Swedish Scout camps in the area, leaving the main jamboree site to find out what local Swedish Scouting is really like.

The Spring Town emblem, an enormous tree, towers over the morning fog.